Mamores VK 2017 galleries for everyone

To the gallery
“An incredible leg burning and lung-busting ascent from sea level to Munro summit, the UK’s only Vertical Kilometer®!”

The Salomon Mamores VK™ follows the well established International Skyrunning Federation Vertical Kilometer® format, in which participants follow a marked course gaining 1000m of height in less than 5km. Participants are set off at timed intervals with the winner having the fastest overall time to the summit.

Whilst physically arduous, the Salomon Mamores VK™ route does not include technical terrain that requires any scrambling or rock climbing experience. As such, the race is suitable for any runner who is up for the challenge.

Get more then 600 best shots 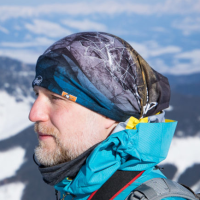 Lukáš Budínský Lukáš Budínský (1979) is freelance outdoor photographer based in hearth of Europe with passion for mountains. His favorite sports are skyrunning and ultra trail running, that combine endurance and adventure with respect to the wild nature.